Free To Be Me

A team of community-minded Tees Valley teenagers have unveiled a new mural in Stockton Town Centre which aims to promote positive messages of inclusivity. 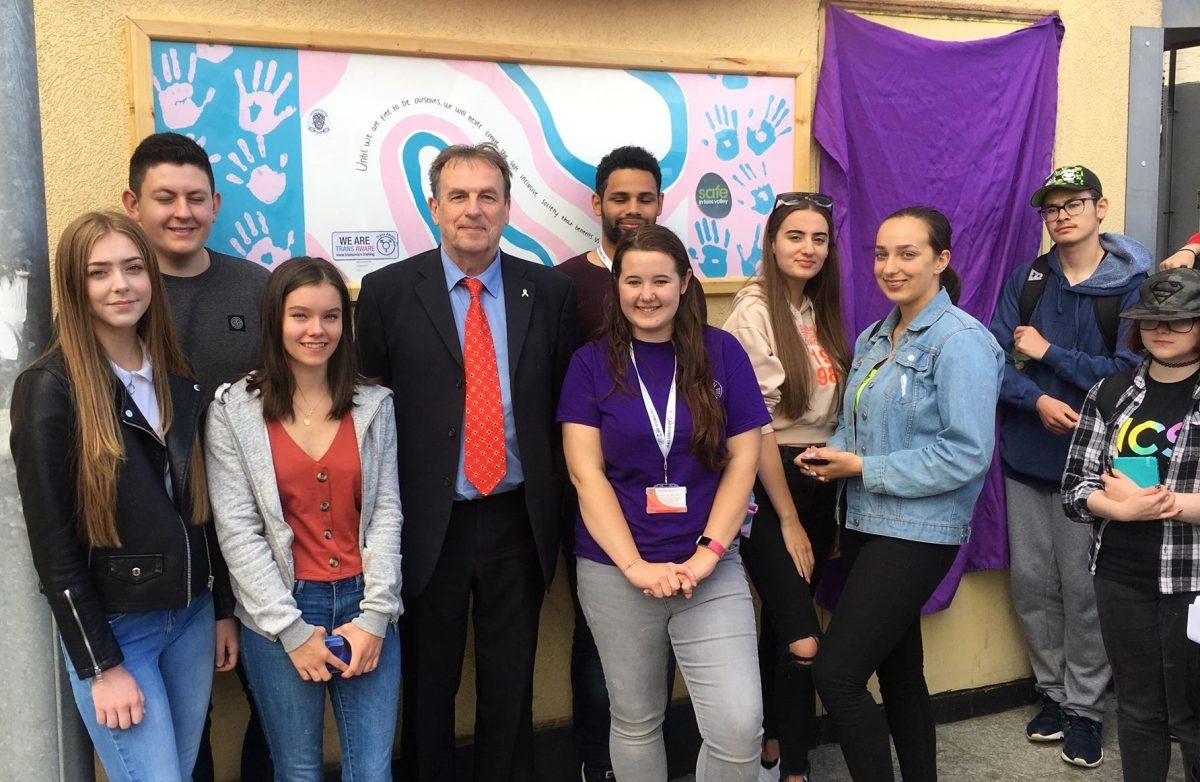 A team of community-minded Tees Valley teenagers have unveiled a new mural in Stockton Town Centre which aims to promote positive messages of inclusivity. 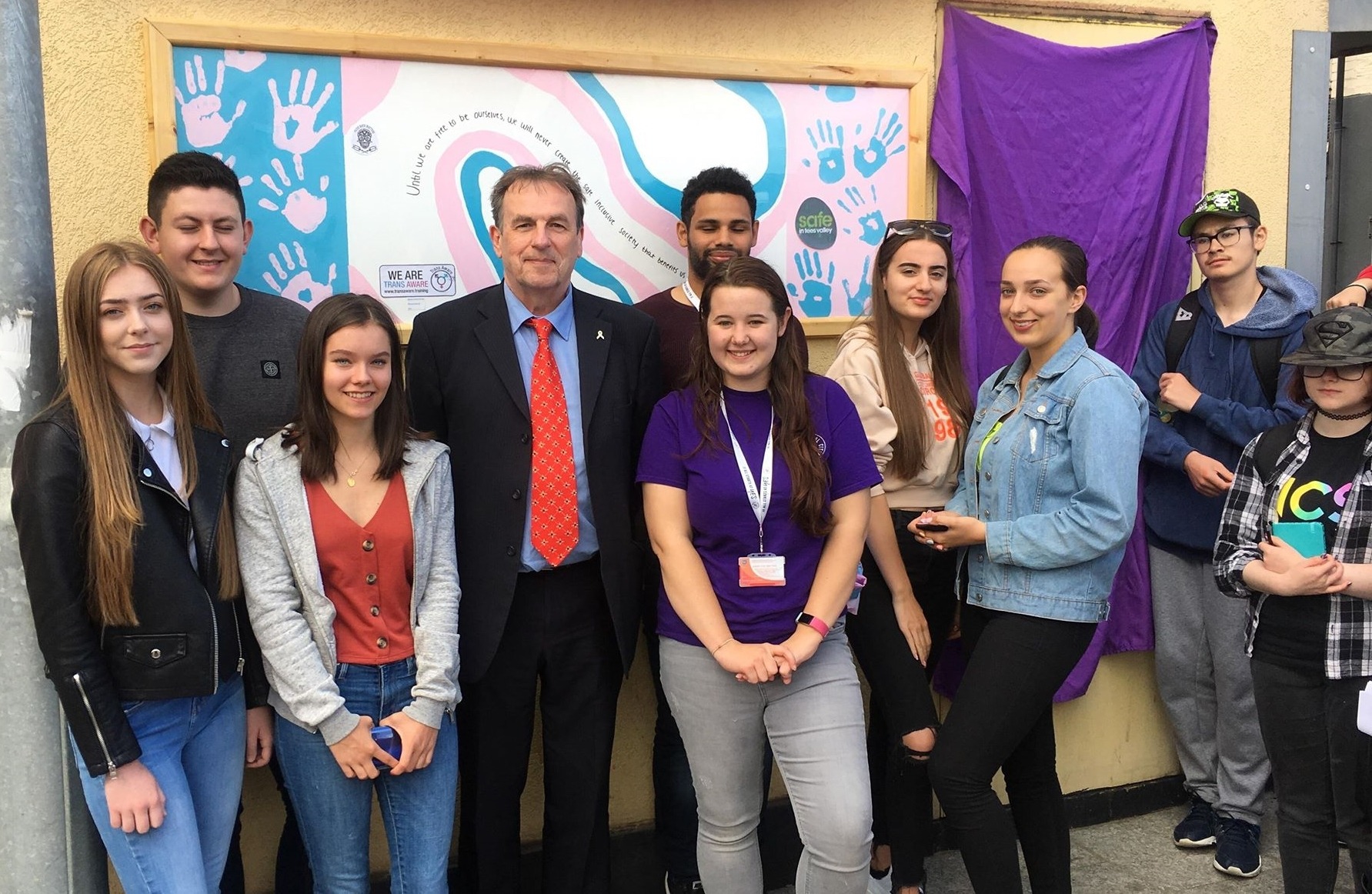 The fifteen Middlesbrough teenagers have spent part of their summer holidays on National Citizen Service (NCS), a government-backed skills-building programme. During the final phase of the scheme, participants are encouraged to run a social action project that makes a difference to their local area.

After meeting with and finding inspiration from Ellie Lowther, of the charity Trans Aware, the team decided to produce a mural to be displayed outside of Stockton Arc which encourages members of the public to share positive messages. The mural displays the phrase ‘Until we are free to be ourselves we will never create the safe inclusive society that benefits us all’ and encourages use of the social media hashtag #freetobeme for anyone to share a selfie. 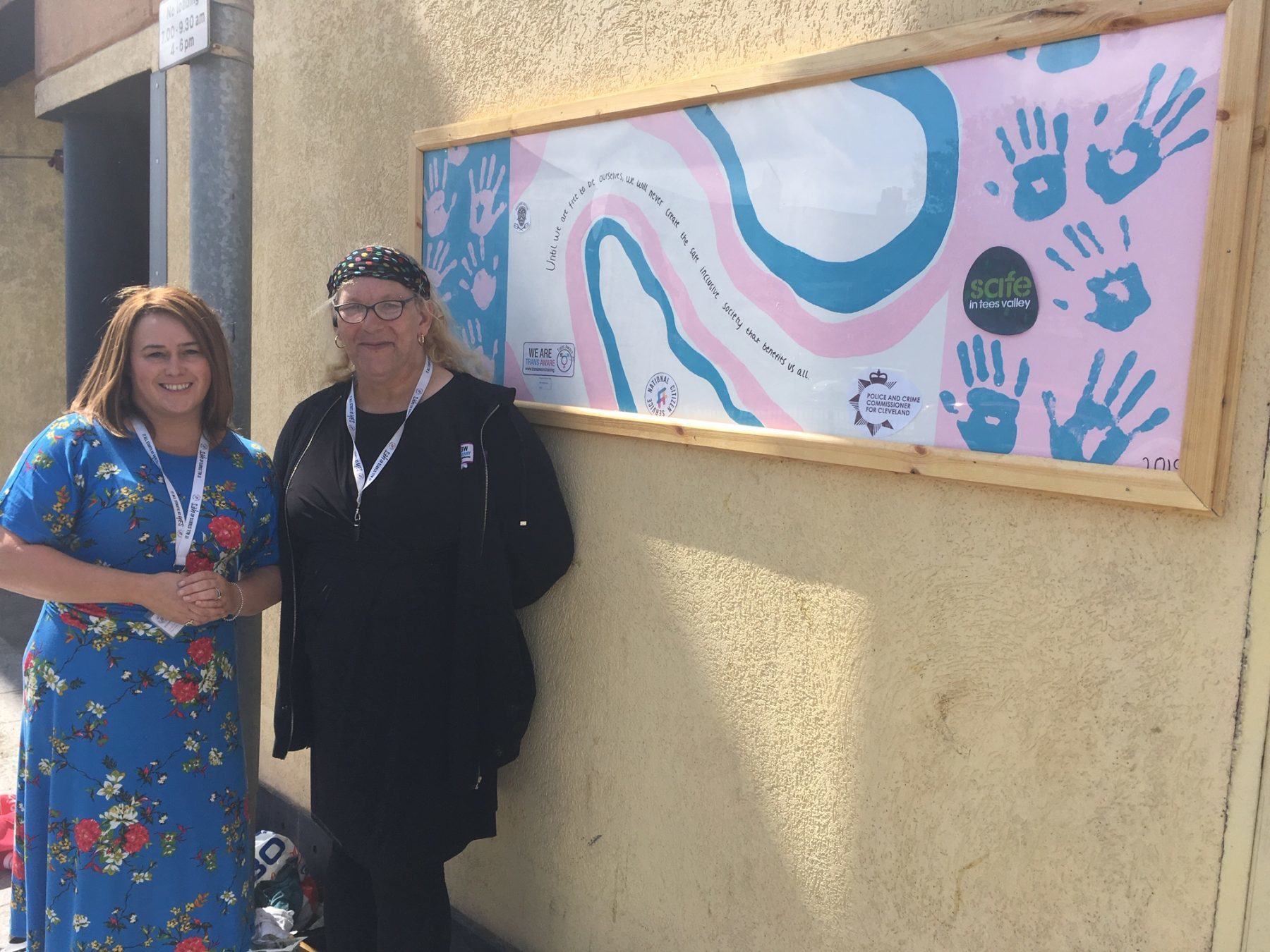 Ellie Lowther, of Trans Aware, said: “The idea is that the mural brightens up the area with positive messages. Not only does this bring positivity to the town centre, the artwork encourages anyone to share their empowering messages of inclusivity.”

Ellie, who is a finalist in the upcoming National Diversity Awards, has spent the summer working with groups of 16-17 year olds on NCS across the country. As well as speaking to hundreds of Tees Valley youngsters, she has travelled as far and wide as Sunderland to Guildford to deliver workshops on inclusivity. In total, close to 2,500 teenagers have heard her inspirational story this summer.

Denise Halpern, Director of NCS Delivery for vEducation, said: “One of the key drivers of NCS is social cohesion, so it is really encouraging to see young people creating a project that raises awareness into an important cause. They’ve certainly created a lasting legacy that can inspire many people to get involved on social media.” 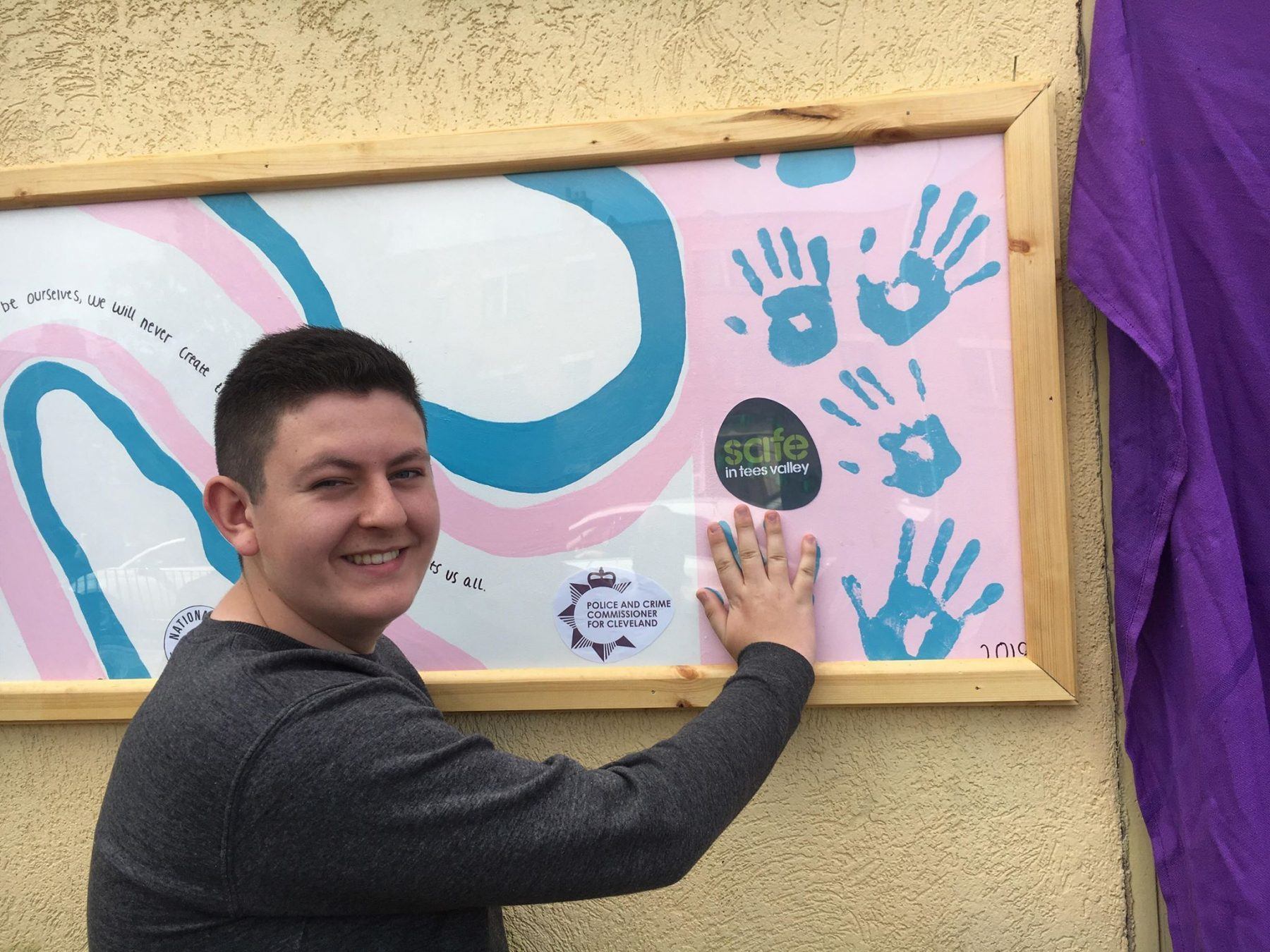 Over 500,000 young people have completed the NCS programme to date, giving in excess of 12 and half million hours to social action projects since NCS started.

To find out more about NCS, including information on how to take part, go to www.ncsyes.co.uk. Teenagers who missed out on the summer programme have another chance to take part in the autumn half-term.