Globally, there are an estimated 38 million people living with HIV. More than 35 million people have died of HIV or AIDS related illnesses, making it one of the most destructive pandemics in history. 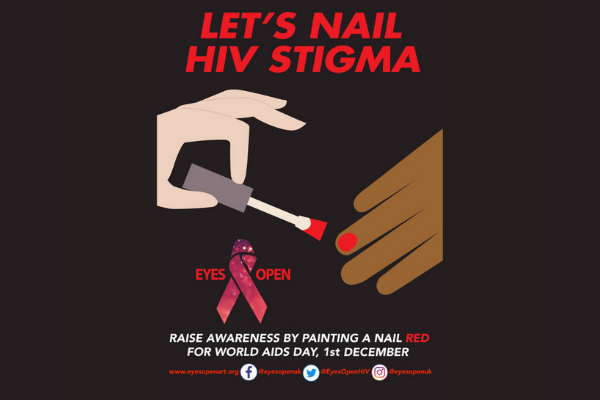 Globally, there are an estimated 38 million people living with HIV. More than 35 million people have died of HIV or AIDS related illnesses, making it one of the most destructive pandemics in history.

As we mark 40 years since the first reported cases of HIV-related illnesses and deaths, we have come a long way since the times when being diagnosed with HIV was a death sentence.

Not long ago, a diagnosis of HIV would almost certainly lead to AIDS. Now, 98% of people living with HIV in the UK are on effective treatment and 97% can’t pass the virus on.

HIV is a sexually transmitted disease (STD) which affects an estimated 105,200 people in the UK, according to the National AIDS Trust. Even though the number of people with HIV in Stockton-on-Tees is below the national average, every year there are about 8- 10 people aged between 15 and 59 who are diagnosed with HIV.

World AIDS Day is on Wednesday 1 December. This is the perfect time to raise much-needed awareness. There are still many misconceptions about HIV. People with HIV, especially those who get an early diagnosis and treatment, can and do lead long and full lives.

Free HIV tests are available through Stockton-on-Tees’ Sexual Health Service, based at Lawson Street Health Centre in Stockton. The service offers testing for sexually transmitted infections and diseases, including syphilis which has seen a rise in cases across the Borough. Contact the Sexual Health Service on 0300 3301122 from Monday – Friday between 9am-5pm to arrange an appointment or order home tests online at www.thesexualhealthhub.co.uk/postal-testing/#welcome .

The Terrence Higgins Trust runs services in Stockton-on-Tees in partnership with the sexual health service. They can help with things such as STI testing, hepatitis C testing and advice on telling people about your HIV status.

Visit htwww.tht.org.uk/centres-and-services/lawson-street-health-centre-stockton to find out more.

You can also get free self-test kits at www.freetesting.hiv. This service is aimed at anyone most at risk from HIV, including gay and bisexual men, men and women from black African communities and transwomen.

Between 70 and 90% of people experience ‘acute’ symptoms one to six weeks after they have been infected with HIV. These symptoms last for a few days to weeks and include: Severe flu-like symptoms, sore throat, fever, rash on the chest. If HIV is not treated, it may progress to an advanced, life-threatening stage – AIDS.

Many people still don’t know the facts about how to protect themselves and others, and stigma and discrimination remain a reality for people living with the condition. People living with HIV are also more likely to experience poverty, hardship and inequalities.

The best way to keep yourself protected against STDs and STIs is to practise safe sex. Condoms are the best type of contraception for preventing the spread of STDs. Young people under 24 can get free condoms through the C Card scheme, supported by local pharmacies.

For more information about how to order contraception visit www.thesexualhealthhub.co.uk/services-near-you/teesside/.